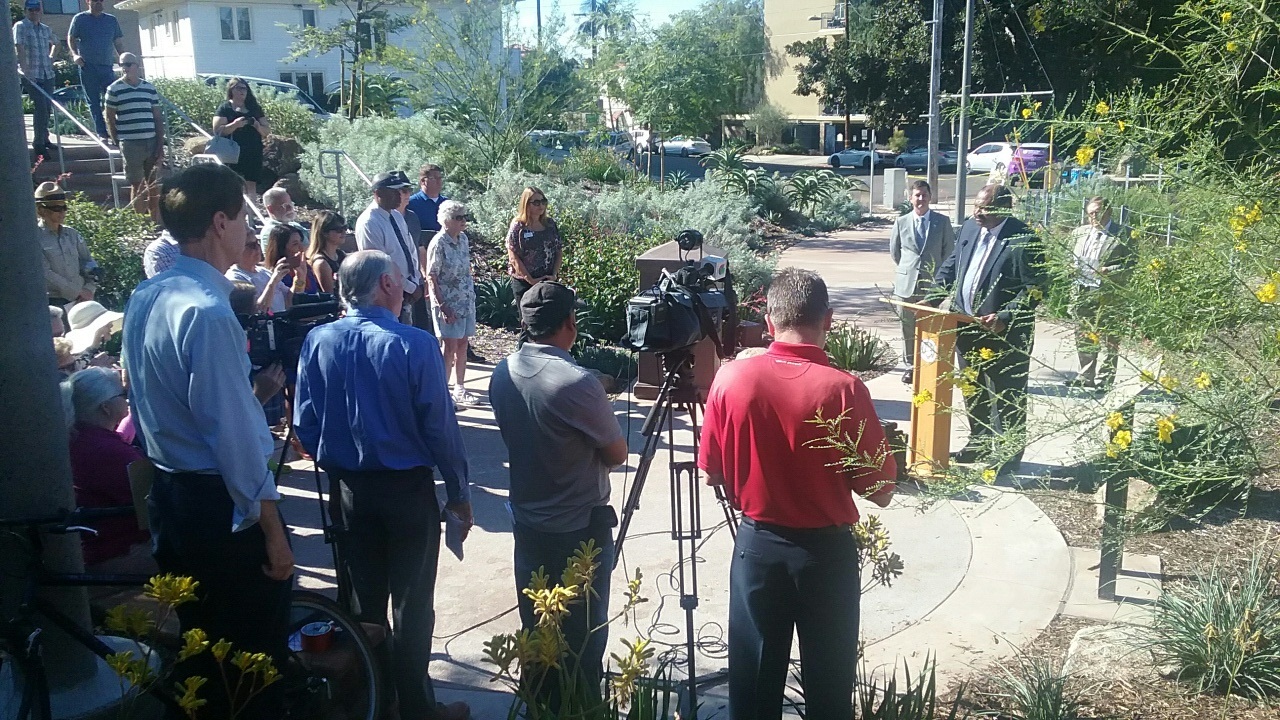 Here is a brief biography of Waldo D. Waterman:

On October 25, 2017, the “Waldo D. Waterman Park” will be dedicated.  The new park is at the corner of Maple Street and Albatross Street, and overlooks Maple Canyon.  On July 1, 1909, less than six years after the famed Wright brothers flight at Kitty Hawk, 15-year old Waldo Waterman flew a homemade hang glider from off the south rim of Maple Canyon into the canyon bottom. Some sources say he “swooped” into the canyon.  He actually made several flights, before returning to his garage and working on a plane with an engine. The spot he took off from on the canyon rim is included within the new park that is named after him.

The 9,000 square foot park site was formerly known as the “West Maple Canyon Mini-Park.”  On May 18, 2017, at the request of Uptown Planners, it was renamed after Waldo Waterman.  For over a decade it had been assumed the park would be named after Waterman.  On May 18, 2007, the Bankers Hill/Park West Community Association included it as part of its recommendations for how the new park should be designed. The recommendations also requested that: “A historic image of Waldo Waterman should be placed in the center of the site to commemorate the historic figure.”

That historic image will be an existing plaque that was placed at the west end of the park site on July 1, 1959, to commemorate the 50th anniversary of Waterman’s flight. The plaque was placed by the “Early Birds of Aviation”, a national aviation organization, and the San Diego Historical Society.  The mayor of San Diego and other dignitaries were in attendance, as was Waldo Waterman himself, who spoke at the event.  The day prior, Waterman, who was still a licensed pilot, flew again over Maple Canyon.

In 1911, shortly after his first flight, Waterman became involved in a project to develop a new hybrid airplane/car/boat – know as the “whatsit” airplane. An owner could: “drive his amphibian aircraft away from the landing field or water.”  It got its name because when people first viewed it, their initial question was: “What is it”?  Waterman worked on the project for several decades, but eventually it was abandoned and the prototype plane donated to the Smithsonian Museum.  Waterman went on to become a TWA pilot, but at the same time continued his inventive work in aviation.

Waldo Waterman was not the only famed aviator associated with Bankers Hill.  In May 1927, a young 25-year old aviator left his temporary residence on Maple Street in Bankers Hill, only a few blocks east of Waldo Waterman Park, and flew a small plane that had been manufactured in San Diego to Paris.  His name was Charles Lindbergh.

The dedication of Waldo D. Waterman Park will take on October 25, 2017, from 10:30-11:00 p.m., at the park site.  There were dozens of people in Bankers Hill that helped make this park happen; and thanks to everyone involved.

Here are pictures of the new park: 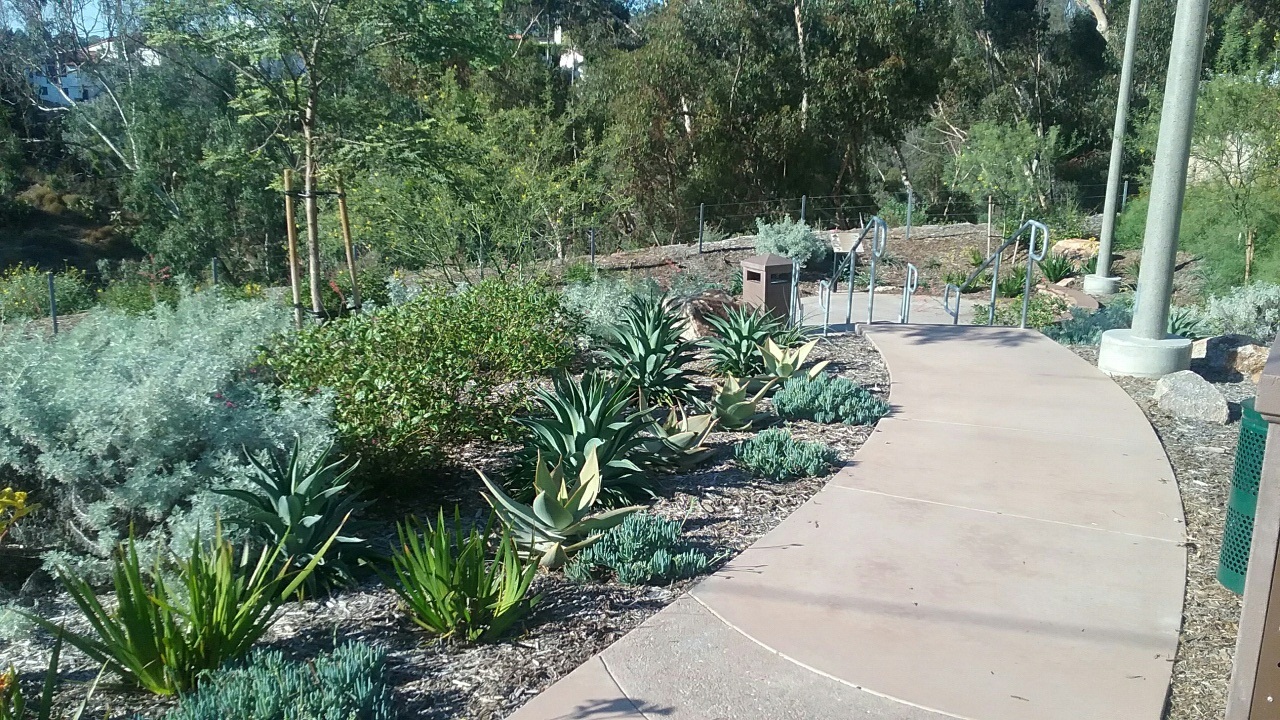 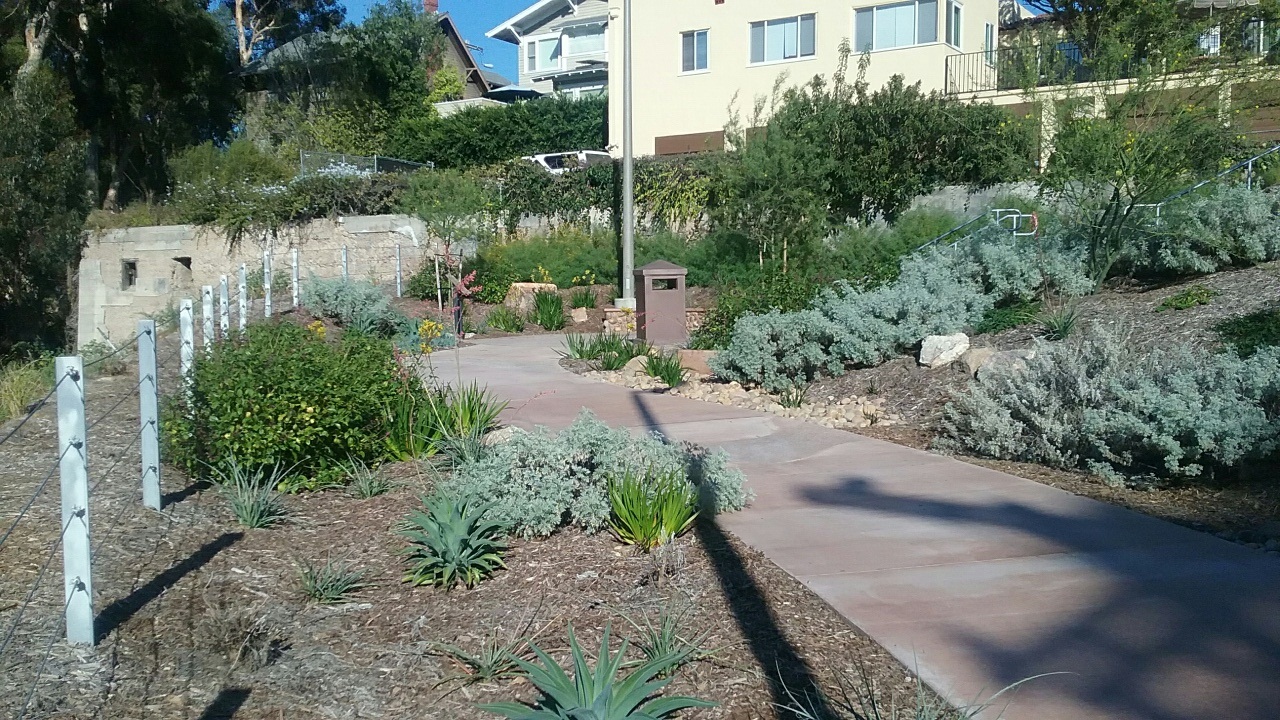