The next meeting of the Metro San Diego CDC will likely be on May 6, 2019, from 4:00-5:00 p.m.  The location will be the 10th floor conference room of the Manchester Financial Center.

Sadly, our founding president and board member Dominick “Bud” Alessio passed away earlier this week.  He was largely responsible for the formation of the Metro San Diego CDC; and was a respected business and community leader in both San Diego and throughout California.  He will be sorely missed. 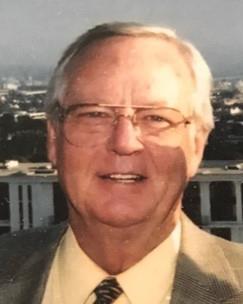 October 8, 1941 – April 2, 2019 We mourn the passing of a great man, Dominic John Alessio. On Tuesday, April 2nd, 2019 at 9:37pm Dominic passed away peacefully surrounded by his family. Dominic (Bud) Alessio was born in San Diego, California, October 8, 1941 to John S. and Edna Alessio. He attended Grossmont High School and the University of Arizona, where he was a member of the Kappa Sigma Fraternity. He returned to San Diego to establish his career and marry his high school sweetheart, Katherine (Kay) Blessing. They were married 54 years and together they raised 4 children, Dominique, Elise, John and Ashley.Bud was a businessman, real estate investor and restaurant owner/operator. He started as a young man working at family operated properties which included Aqua Caliente Race Track in Tijuana, the Hotel Del Coronado and the Kona Kai Club where he started the Voyager Restaurant and Bar, home of the first “two-drinks-for-the-price-of-one” special. He continued to operate many restaurants in San Diego, most notably, Mister A’s Restaurant in downtown San Diego, and A’s Carriage Trade Catering,Bud’s passion was horse racing. He served as the President of Pacific Coast Quarter Horse Racing Association (PCQHRA) for 25 years and Honorary Vice President of the American Quarter Horse Association. This passion for horse racing started when he was an active investor of Ruidoso Downs and Sunland Park in the early 1970’s. It was at Ruidoso Downs where he initiated the ‘World’s Richest Million Dollar Futurity’, the largest pay-out at that time. After the sale of the tracks, Bud became a quarter horse owner and breeder with many celebrated victories. Bud was preceded in death by his father, John S., his mother, Edna, and his sister Rose Marie. He is survived by his wife Kay, sisters Tina Cutri, and Tina Marie Cheslock, his four children and their spouses, Dominique Alessio Nielander and husband Stephen Nielander, Elise Alessio Norman and husband Roger Norman, John Alessio and wife Sofia Alessio, Ashley Alessio Muncey and husband Edward Muncey, grandchildren: Kate Nielander, John Nielander, Dominic Muncey, Michael Muncey, Paulina Alessio and Andrea Alessio.Bud was known for his generous spirit and was an active contributor in the community and civic interests. Bud will be missed at the Los Alamitos Race Track, horse sales and the paddocks that he loved so much. Bud was a successful businessman but the great riches came from: a family he was proud of, a beautiful wife with whom he shared his entire life, and lasting, loyal friendships….the pillars of a ‘Life-Well-Lived’!

Private services will be held for family and friends. In lieu of flowers the family requests that memorial gifts be made in loving memory of Dominic J. Alessio to the Quarter Horse Benevolent Charity Foundation, 11278 Los Alamitos Blvd. #243, Los Alamitos, CA 90720, (714) 820-2800 or Dominic J. Alessio Memorial Fund at the University of San Diego School of Business. Gifts may be directed to the Office of Business Development, USD School of Business, 5998 Alcala Park, San Diego, CA 92110 or electronic gifts can also be made via the USD securewebsite: http://www.sandiego.edu/dominicalessio.